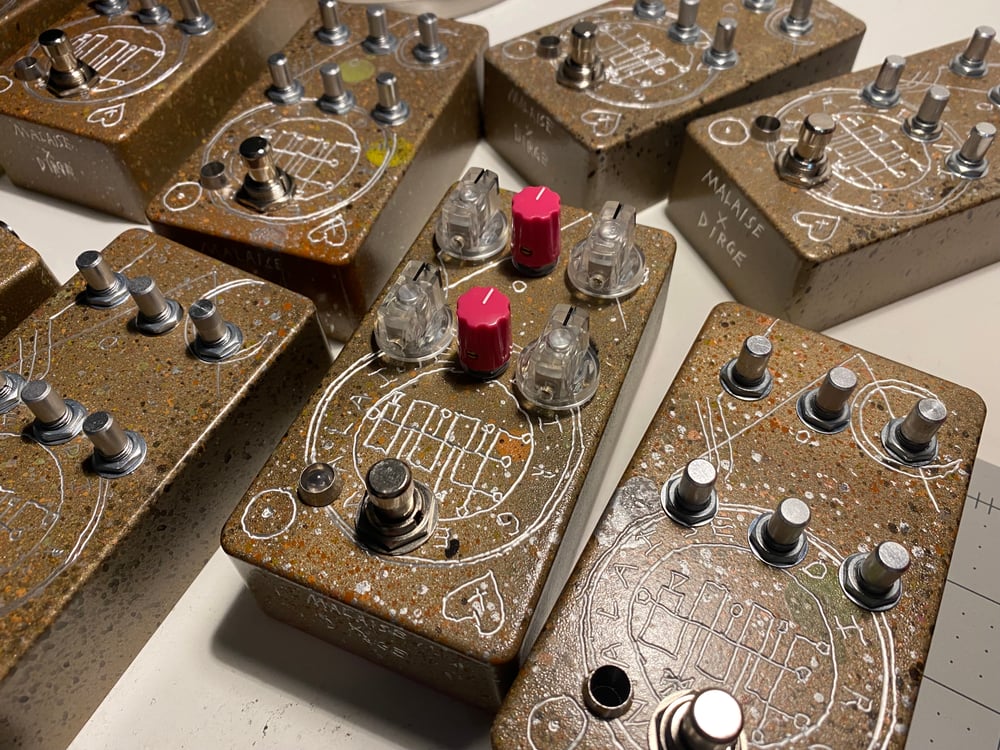 We teamed up with DIRGE to bring you the filthiest Golden Guillotine possible. It is the same base circuit as the Golden Guillotine, with two extra controls added that starve voltage and bring out even more texture and depth to the distortion. No clipping diodes are engaged, meaning the clipping is entirely generated by the op-amp, and it has plenty of volume on tap to smash the front of any tube amp. Hand-painted and engraved by Evan of DIRGE.